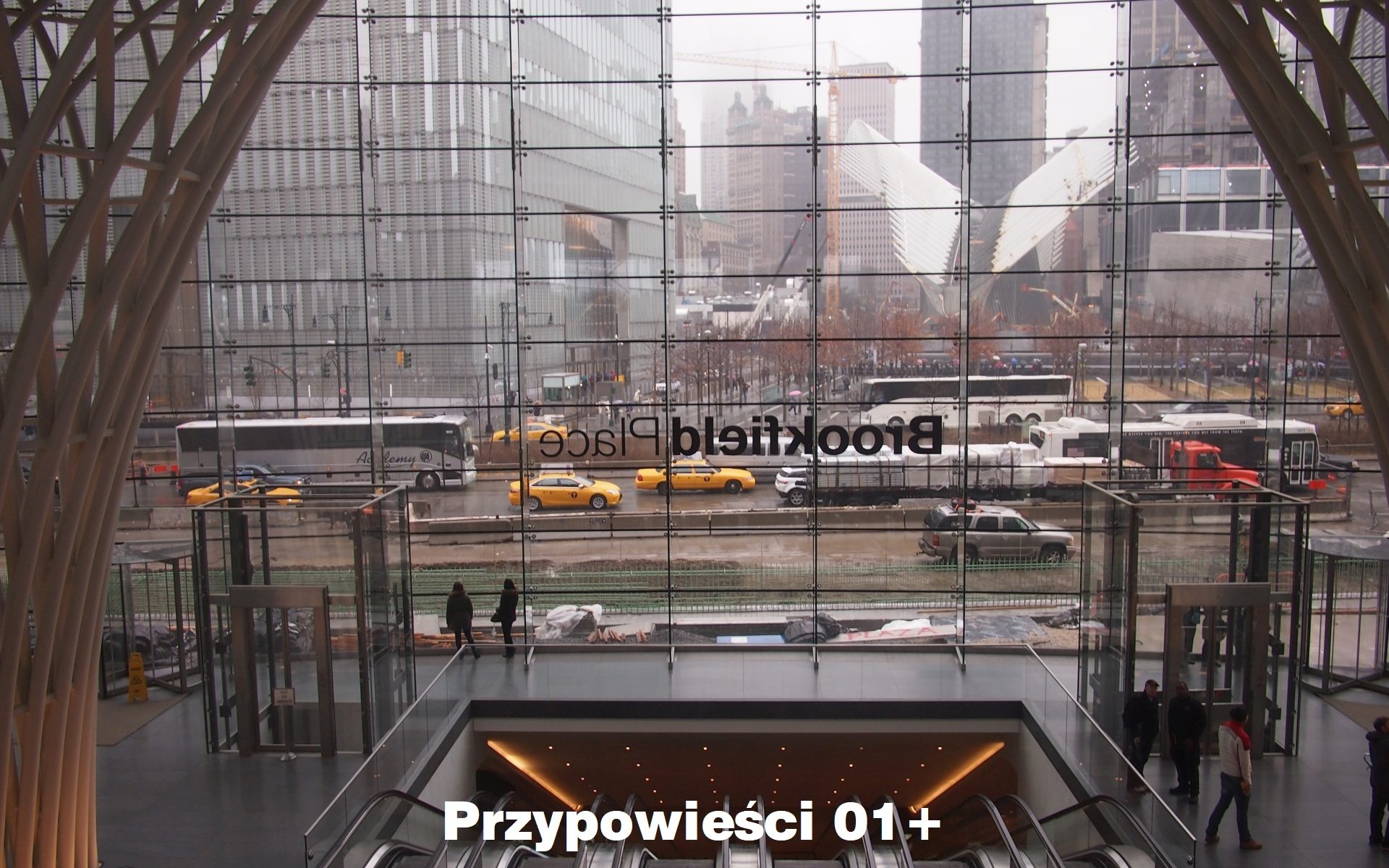 01+ is a modern parable of what would happen if Christians in the communities offered their tenths of their assets with a plus.

The creators of reportages say their author is God because they pray every day to guide them and give them wisdom. Have a nice read!

“What is going on with this Venice?” Lady E pondered thoughtfully, looking into the depth of Canale Grande.

She went here with a group of friends, disciples from the School of Tyrannus (a series of meetings in small groups in the church in Bielsko-Biała).

“Girls, I begged you so much not to laugh so loudly, here is the temple of art! Man wants to think!” – Lady E brought order.

“What is going on with this Venice?” – she noticed a detail under the water – “Why do so many places want to be called Venice?”

…the “Venice of the North”. Why so many Venices?

“You followed my teaching, conduct…” – The Holy Spirit did not fail bringing to mind the right words – “purpose,  faith,   patience, love…” This is Paul’s words to his disciple, Timothy (1 Tm 3:10).

“Aha! Venice to Bruges! It’s about building disciples, if they will follow in my footsteps.” Jesus said, “Go, make disciples of all nations.” This is the only most important thing!

In that case, what’s with this 01+ offering? Exactly the same. It’s about disciples whether they follow me. Do they flow the same way?

Am I successful or a failure?

… covered with geotextile and gravel.

Firestone is not just tires for Formula I. We have Formula I on the roof …

…so waterproof that we can make our own Venice.

“Phew, they will cost a lot!” said Jarek to Rafał, referring to the ventilation and air conditioning containers that are to stand here. Great challenge! But if Brugeses will follow the Venices …

“So, success or failure?”

Lady E thought about a group of her pupils and she was overcome by a thrill of joy, peace and righteousness difficult to describe.

“Girls, I begged you so much!”

“But you are laughing the loudest!” – they replied.

“Ladies and gentlemen, we start!” – a senior, gray-haired man summoned everyone to the meeting.

In a large mansard at Central Park West, belonging to one of the faculties of Columbia University, the lights dimmed and the screen occupying almost the entire wall came alive.

Professor Forrester was the creator of the interdisciplinary team for research on vision. This innovative initiative consisted in looking at the fate of different visions, why they are realizing and changing the world.

A large group of non-profit and business people, from the United Nations and Wall Street, as well as some leaders from Christian churches, became interested. There was also a group of students.

The meetings were conducted according to an unconventional formula, where the participants personified various paradigms, stereotypes and customs, playing “devil’s advocate”, it was a lot of laughter and fun. Although the goal was very serious: change the world.

That evening they discussed the project, where a relatively small group of enthusiasts …

… changes one of the more degraded scraps of the globe …

When the picture stopped, they were silent for a long moment, marking the circle with the clatter of cups left. “What will you say?” Professor Forrester interrupted the silence.

“Let them cast big visions” – one of the participants took the role of a devil’s advocate – “let them draw charts and grind strategies in computers. Let them even pray.

But please, the matter is getting out of control. They are starting to talk about money, about sacrificing 01+. Did not God say, “bring the whole tithe … then you can experience me … will I not open the heavenly valves …” (Book of Malachi 3) If we do not counteract, their vision “- he lowered his voice -” will be realized!

Look at the lamps that they just acquired in the rooms of their center.

Or the music in the toilets they had installed a few days ago. Yesterday – the need, today – fulfillment!

Or the emblem of Forum Idei. An idea yesterday, and now under our windows! It’s not a fake!

And so with everything.”

“And I think” – another participant played a role – “that they misuse resources. Was not it better to sell these lamps and give to the poor? “

“But it is not true that they are badly managed!” – one of the students has got angry. He has not yet caught the convention in which the meeting took place. So everyone crashed with laughter …

… that flew far away through the open window …

… on the frozen surface of the Jacqueline Kennedy Reservoir, picking up a flock of birds on the way …

… to disperse on the oval of the Guggenheim Museum.

Although the matter was very serious: change the world!

You also “badly” manage the means. Join the 01+ Ministry.

Captain G was really overwhelmed by the situation.

​The list of matters that should be dealt with by May wanted to consume him like a big sack. It began to resemble the credits at the end of the Lord of the Rings, except that one man would do it here.

Castle Rogów welcomed them with a cool aura.

Captain G went straight to the point: “Gentlemen, how to get out of chaos?”

The first one took the floor (or rather creaked with chalk on the board) Commander “Breakwater” R (as he got to the Team and from where the nickname “Breakwater”, more on that later):

“No time for puzzles, Fal R!” – Captain G was impatient, which happened to him extremely rarely.

“Extraordinary strength seems to be in the number 10” – explained Fal R – “I have spied many communities and the conclusion is one.”

“When there is a 1/10 + giving, everything calms down, the community breaks away from the ground, leveling the flight.”

“As soon as the parameter weakens, the chaos begins.”

“Something is in this number 10. For example, the Jews,” continued Fal R, “used the special wisdom they received from God to devote 1/10 of their resources to the education of their descendants, while other nations did not even dream of such an educational system and they preferred to spend this money, and now they are angry that 60% of high positions in Hollywood are Jews … “

“What would happen if Christians in communities faithfully donated 1/10 +?

Council on Rogów was getting blushes … despite the cold weather …

… s … … s … whispered footsteps along the perfectly polished floor of empty and dark Far-East terminal of the  Frankfurt airport, where Captain G got stuck because of the snowstorm. He hid here to meditate …

They managed to warm up part of the second stage of the center in Bielsko-Biała.

Another part of the vision has become a reality.

But 2018 ahead of them, in which they still hoped to launch the main auditorium.

Something really big would have to happen, some wind, even a hurricane of donors. God, what to do?

I beg Your pardon?

“You need a butterfly effect!”

I understand! A small event like the movement of a butterfly wing that will cause a hurricane elsewhere … Your way, Christ! One day you called the Twelve to go with you and you turned the world over.

Or the African-American woman who first did not give way to white on the bus.

She moved the Obama helicopter.

“How are you, Captain?” A familiar voice said.

“Steven, could you tell a few to join?”

Snowstorm eased. Somewhere, the first cafeteria probably already opened. Is it imagination, or was it really hard to notice the aroma? Hm … the butterfly effect …!

For now, you also join the butterfly effect

The fountain in front of the Exxon Building on Sixth Avenue quietly murmured as a man ran out of the door toward the yellow cab.

He just had to stop the board meeting, urgently called to the Norwegian Sea. Among many of his occupations, Captain G was the safety expert of oil platforms. He was only called in the most extreme cases. If he was on Deepwater Horizon …

He was happy with this turn of events because he would be able to visit his homeland and his beloved community to see the progress in construction.

Insulation of the 2nd stage continues. The company seems to be solid. Peripheral bonding, sills – school trips will learn geometry on them, special sealing between linings and windows…

…pins carefully glued, joints between panels filled with foam, linings glued on a warm adhesive, not the cement one. All of this is important, if someone doesn’t want to lose money for the heating.

Thomas, the engineer, Pizza Man 2, our second quality control circuit, is not sleeping!

Captain G approvingly shook his head. He nostalgically remembered his condition (and figure) when he himself worked in insulation. The ease with which he used to jump through scaffoldings. Disliked by professionals – they used to say that he overstates the level. Now he would love to start insulating, but you cannot do everything. It is time to grab the helicopter ladder!

Captain G nodded appreciatively. He nostalgically recalled the condition (and figure) that he had when he himself worked in insulation. How easily he jumped on the scaffolding. Disliked by professionals – they said he overstates the level. Now he would love to throw himself to warm up, but you can not do everything. It’s time to grab the helicopter ladder!